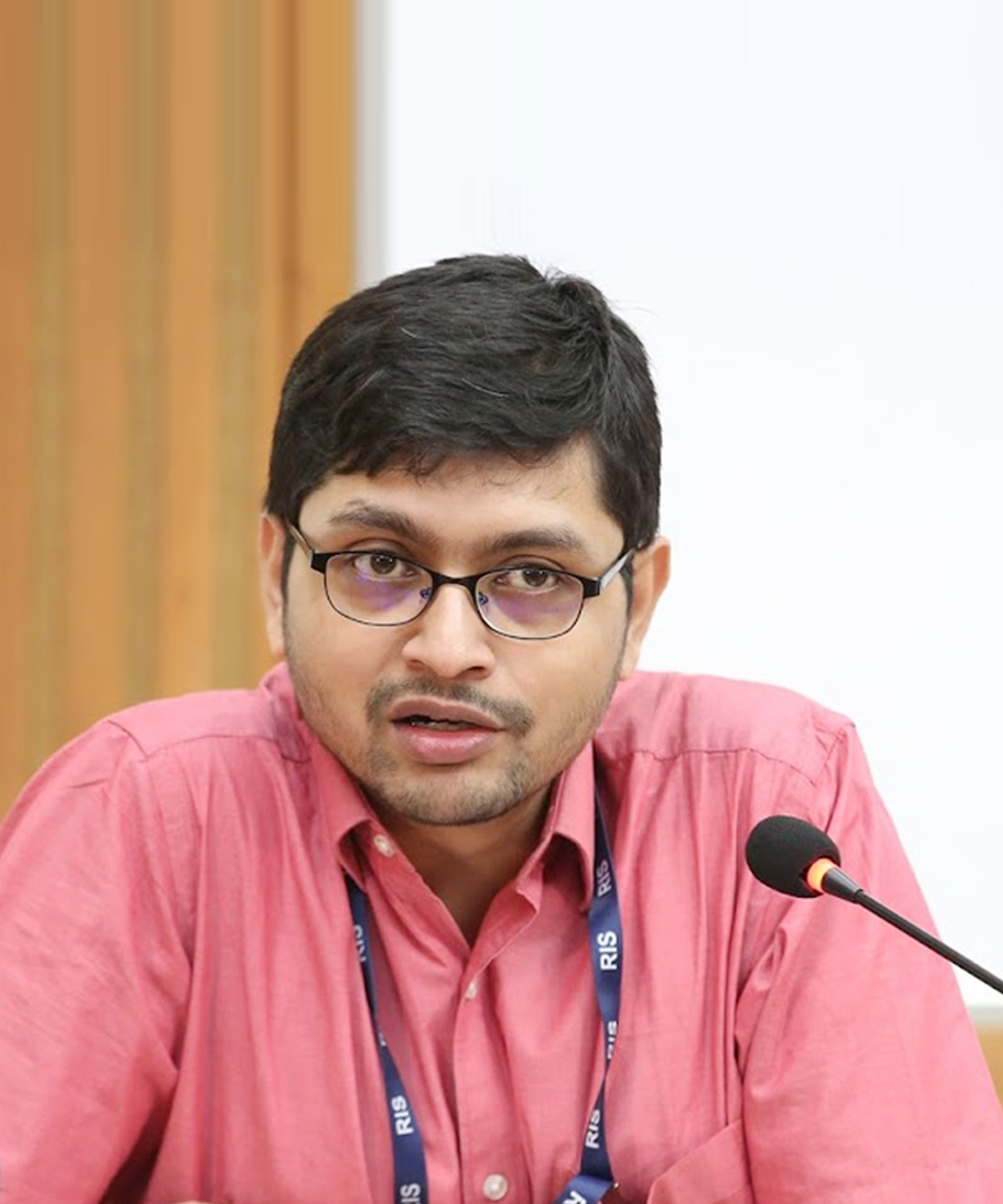 Dr. Sabyasachi Saha is Associate Professor at the Research and Information System for Developing Countries (RIS), New Delhi since 2021. He has been Assistant Professor at RIS (2014-2020) and full-time Consultant at RIS during 2013-14. He specialises in innovation economics, trade and technology, international trade, technology and development policy.

He has co-edited two volumes published by Springer and has made extensive academic contributions in the form of research articles and policy briefs.

He has regularly participated in official policy forums at the UN Headquarters and other UN led platforms and has been an active contributor on partnerships, regional cooperation and technology facilitation for SDGs. He has also been contributing to G20, BRICS and South-Asia Think-Tank forums and networks. Recently, he has also contributed as Member of the Thematic Group on Sustainable Technologies for Govt. of India’s forthcoming Science, Technology and Innovation Policy 2020.

He obtained his PhD in Economics from the Jawaharlal Nehru University (JNU) in New Delhi in 2013 and completed his M.Phil (2009) and M.A. in Economics (2007) from JNU. He is a recipient of the WIPO Prize for Young Scholars, DAAD funded fellowship of the Government of Germany and Government of India Travel Award. As PhD scholar he has participated in numerous academic conferences globally including at the National University of Singapore, Georgia Tech, University of Warsaw, and HTW University of Applied Sciences, Berlin. Before joining RIS, he worked as senior research staff at the Jawaharlal Nehru University and at the Indian Council for Research on International Economic Relations (ICRIER).

He is the current Editor of the South Asia Economic Journal published by Sage. At RIS he coordinates two annual Indian Technical and Economic Cooperation (ITEC) capacity building courses of the Government of India attended by officials, scholars and diplomats from partner developing countries. He has also played important roles in organization of high-level policy dialogues and conferences in India and abroad.